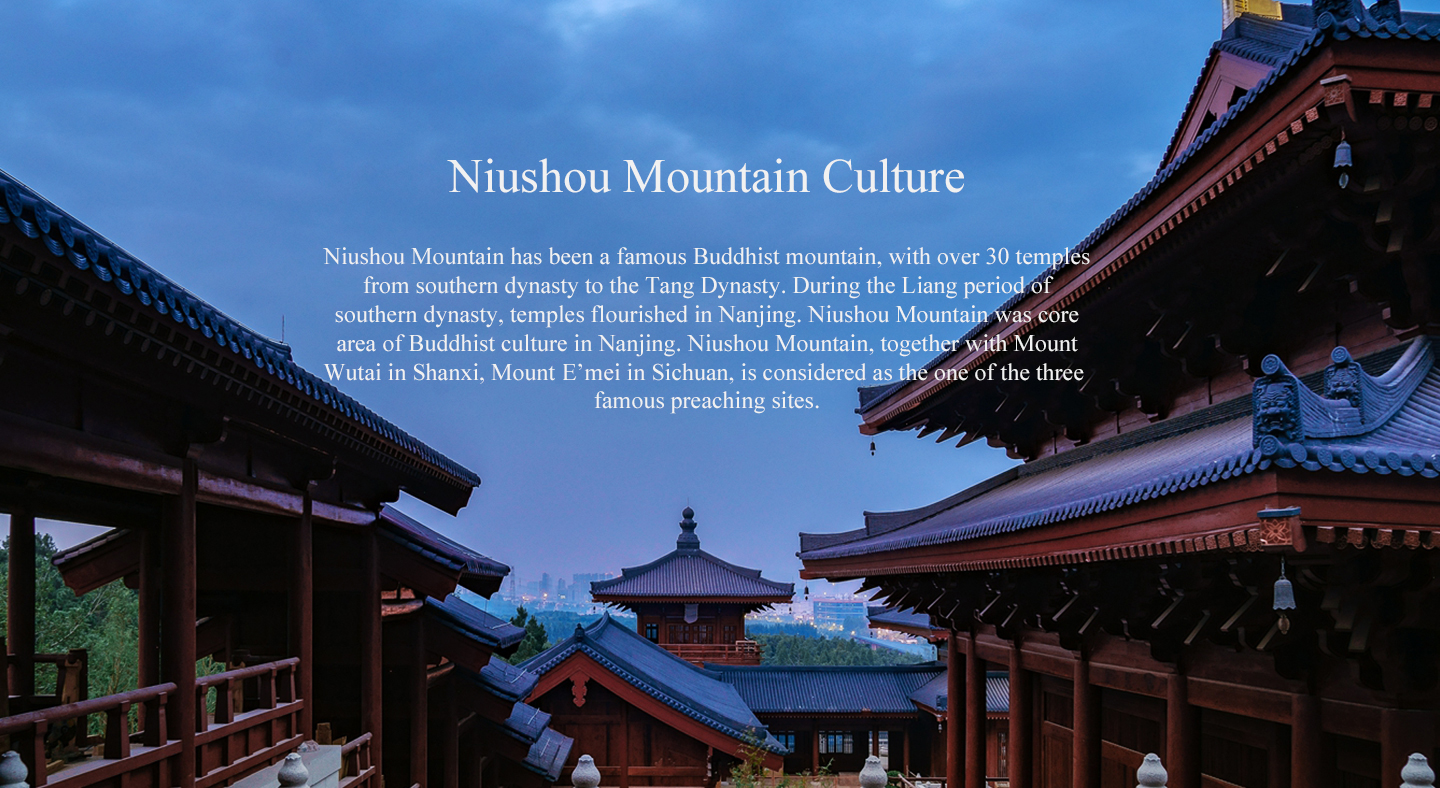 In the over 1000 years from Liang Dynasty of the Five Dynasties period, monks and talents gathered here. It is said that Mañjuśrī has led 10,000 bodhisattvas to live here in winter. Emperor Daizong of Tang Dynasty dreamed of Pratyeka-Buddha from Niushou Mountain, thus having the pagoda established here. The eminent monk called Pizhi once practiced here during the Liu Song Dynasty(420 AD～479AD). Later, he became a Buddha, hence the origin of Pizhi Pagoda.

The first temple here, Foku Temple, was built in the Liang Dynasty. Hongjue Temple Pagoda was established in the Tang Dynasty. According to various records, Buddhism in Niushou Mountain originated from the Southern Dynasty and came to peak in the Tang Dynasty. Later on, the Buddhist relics and sites as well as numerous celebrities’ influence on Niushou Mountain is rather critical for inheritance and development of Buddhism. Especially, the Niutou Sect, established by Master Farong, is rather influential in development of Zen Buddhism.